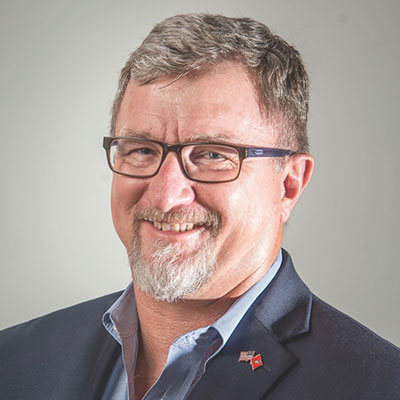 Joel Ogren is the CEO and founder of Assured Communications Advisors. A former U.S. Marine, Joel has over 35 years of experience working within the ICT industry in both public and private entities.

Joel has spent much of his career working with and for various 3-letter agencies developing the backbone of U.S. communication systems. Previously, Joel has managed nuclear communications under the Bush Administration and advised on disaster planning and the continuity  communications. Joel has served as the COO for Ocean Networks managing subsea fiberoptic cable systems worldwide and has also served as a Managing Partner of GoTo Networks, which focused on the development of new submarine cable systems into underserved markets.

Leveraging his extensive experience within the telecom industry, Joel founded Assured in 2015 to connect the unconnected. Joel and his team are driven by the immense opportunity that connectivity can bring to underserved and underdeveloped markets and works to create solutions to these complex problems. Joel is the go-to advisor for many in the mission-critical industry simply because he knows the importance of getting the job done.

Joel resides in northern Virginia on an operational horse farm. He is an avid outdoorsman and aspiring musician.

navigation
AboutServicesExperienceGet in touch
visit us

By using this website, you agree to the storing of cookies on your device to enhance site navigation, analyze site usage, and assist in our marketing efforts.